Redding Fishing Guide: Where, When, and What Fish to Catch There are few better fishing regions than Redding, California. Find out what fish you can catch, along with locations and seasons.

Redding is like a theme park for outdoor lovers.

It is possible you have been drawn to Redding and the city’s Northern Californian region for the hiking, waterfalls, mountain biking, kayaking or camping.

But it’s just as likely you’re here for the fishing!

It’s no longer a secret that Redding, lying on the Sacramento River and surrounded by world class lakes, creeks and streams, has one of the most diverse and amazing fishing grounds in North America.

And while there is a dedicated local fishing community, an ever-growing number of enthusiasts travel from far and wide to try their hand in the abundance of beautiful, natural waterways in and around Redding.

Take It From an Expert Mike Mercer is an internationally renowned fly tier and angler who currently works as a travel consultant at The Fly Shop on Churn Creek Road. Throughout his fishing career, he’s traveled the globe seeking out the world’s finest fishing spots. Still, he’s convinced Redding is fishing’s Mecca.

“Northern California is still my favorite place in the world. If I had to pick one spot to go fish, it’s here,” Mike said. “I mean, I love traveling. I love a lot of other places but this place has everything. We’ve got amazing trout fishing. Brown trout, rainbow trout, brook trout,” he said. “On top of all these incredible varieties of species, we’ve got this weather pattern here that allows us to fish 365 days a year.”

But don’t take our word for it. Use this guide to discover first-hand why the Redding area is so notorious for its fishing. 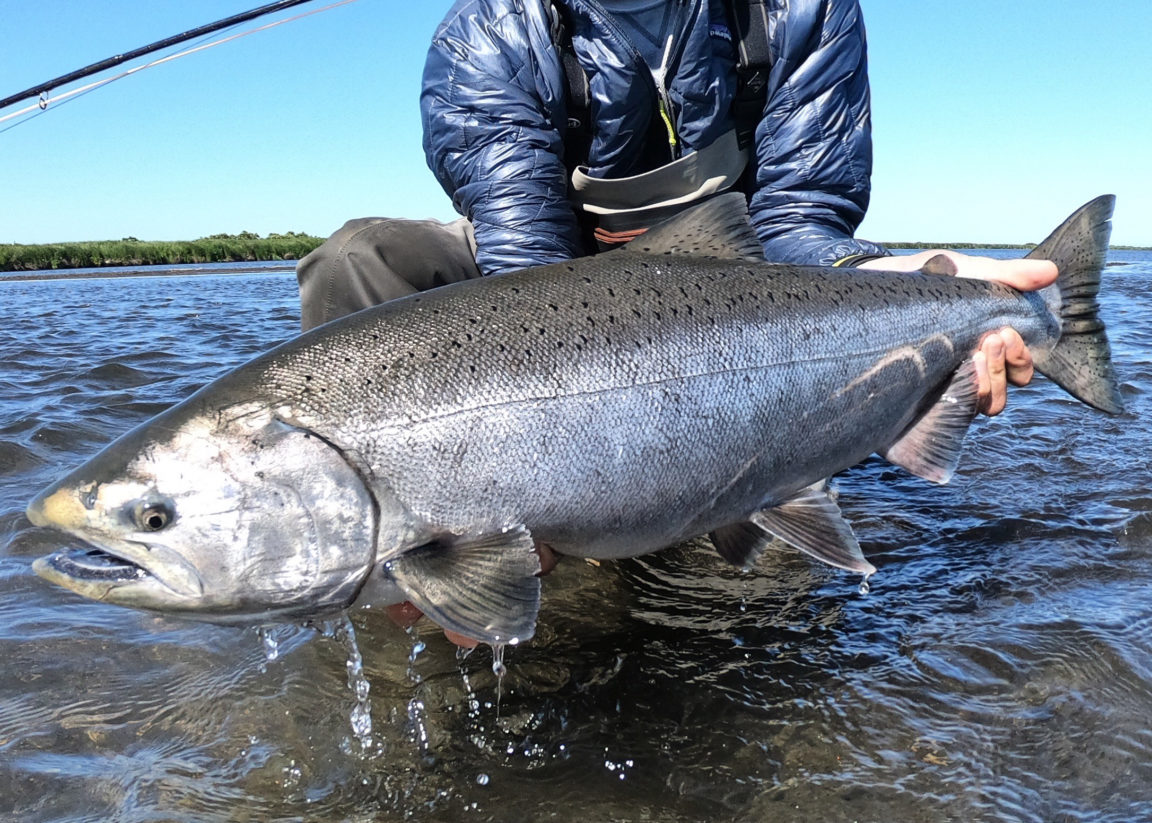 King or Chinook Salmon is the prize that lures nearly every angler from Shasta Lake to San Francisco Bay.

These monsters can grow as big as 5.2 feet and weigh up to 126 pounds.

The Lower Sac season includes three runs, with the one in late fall the most productive, but you cannot fish for king salmon above Deschutes Bridge.

They are landlocked on Shasta Lake which is constantly restocked.

Trinity River is open all year with the exception of a “fly fishing only” area a few miles below Lewiston Dam. This medium to large salmon can weigh up to 22 pounds.

Recreational angling for Coho Salmon is prohibited in California. High season is from April through May and mid-September through November.

Manzanita Lake is catch and release only with a single barbless hook and powered boats are forbidden, while Hat Creek is one of the most wondrous, beautiful places to catch wild trout up to 20 inches.

These beautiful seagoing trophy fish can be caught up to 40 a day, all year long, weighing up to 15 pounds.

Steelhead tends to be prolific in the uppermost 45 miles of the Lower Sac between Keswick Dam and Red Bluff, some exceeding 28 inches!

Klamath River is also famous for its half-pounders.

Young Steelhead only spend a year at sea before returning to the rivers to breed and growing up to 18 inches.

Rainbow Trout belong to the same species but spend most or all of their lives in freshwater.

Shasta Lake has the reputation of being one of the best Brown Trout hunting grounds in the country.

Baum Lake is also planted with many brown trout, some reaching up to 18 inches and more than 20 pounds.

While a 29-inch specimen was recently caught in the Lower Sac proving to anglers you will occasionally find them there as well. You’ll find striped bass in the Lower Sac at Redding, all the way to the Delta, between April and July.

Largemouth are harder to find in Lower Sac but can be found in slower moving waters.

Spotted Bass are the most common variety in Shasta Lake but Smallmouth and Largemouth can also be caught. That really is just the tip of the fin when it comes to fishing in Redding.

And be sure to check and observe the local regulations wherever you go as you soak up one of the world’s premier fishing grounds and all it has to offer!